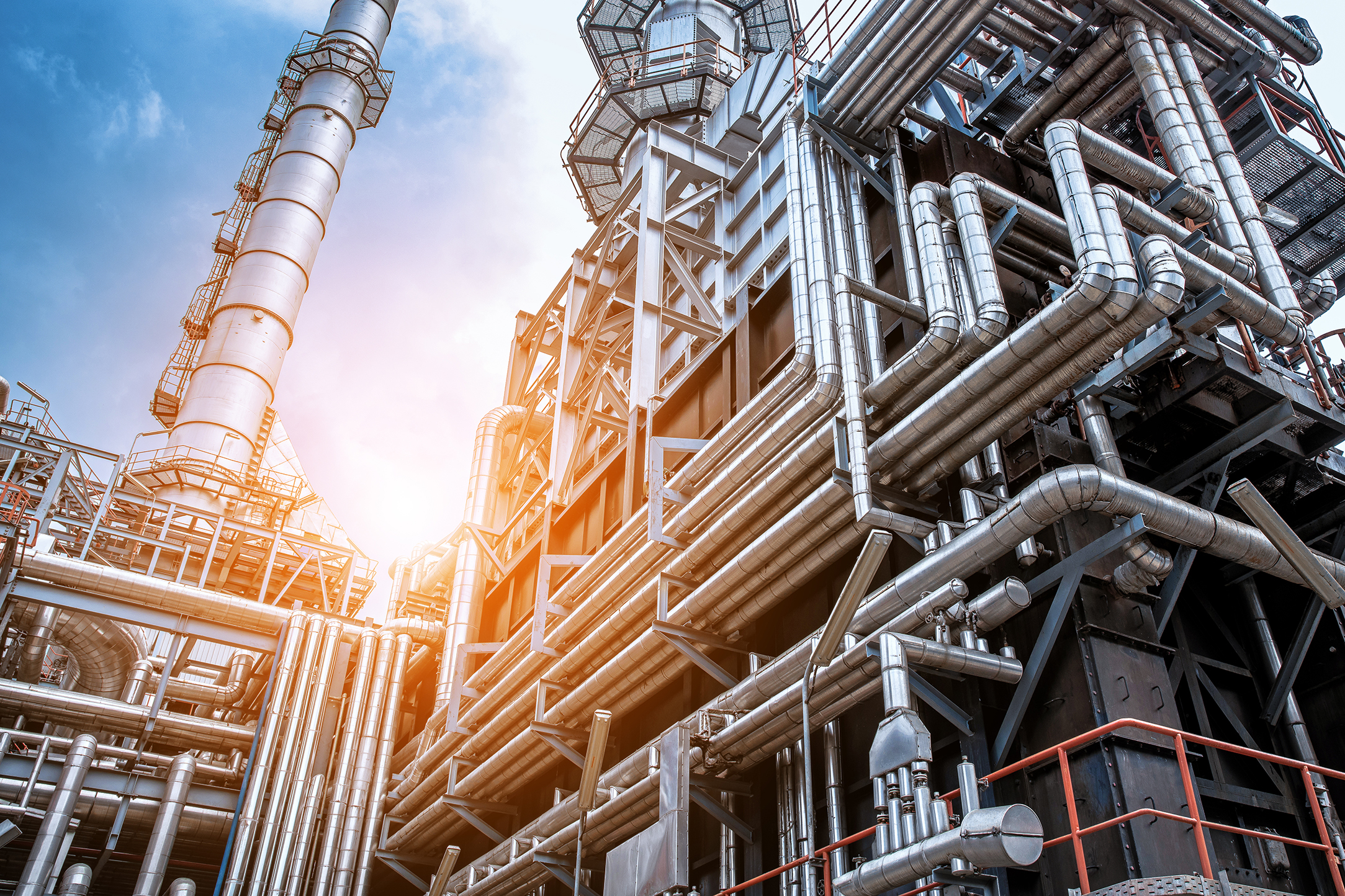 GTL Americas has assembled a world-class team of
industry-leading experts with the knowledge, experience,
and proven success records in the GTL industry. 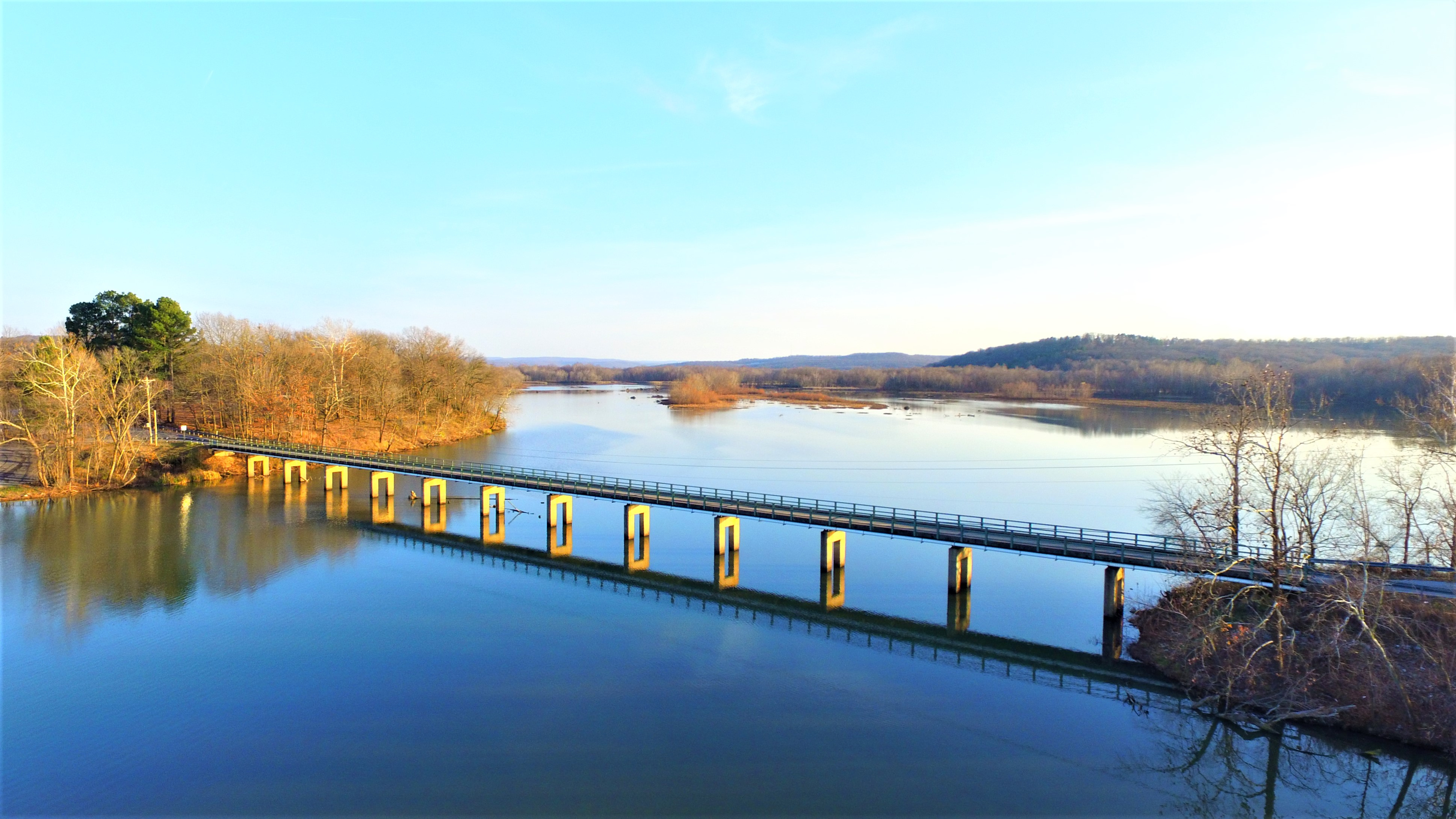 We are focused on a growing an outstanding cohesive and professional workforce,
building diverse capabilities and driving an inclusive,
high-performing corporate culture. 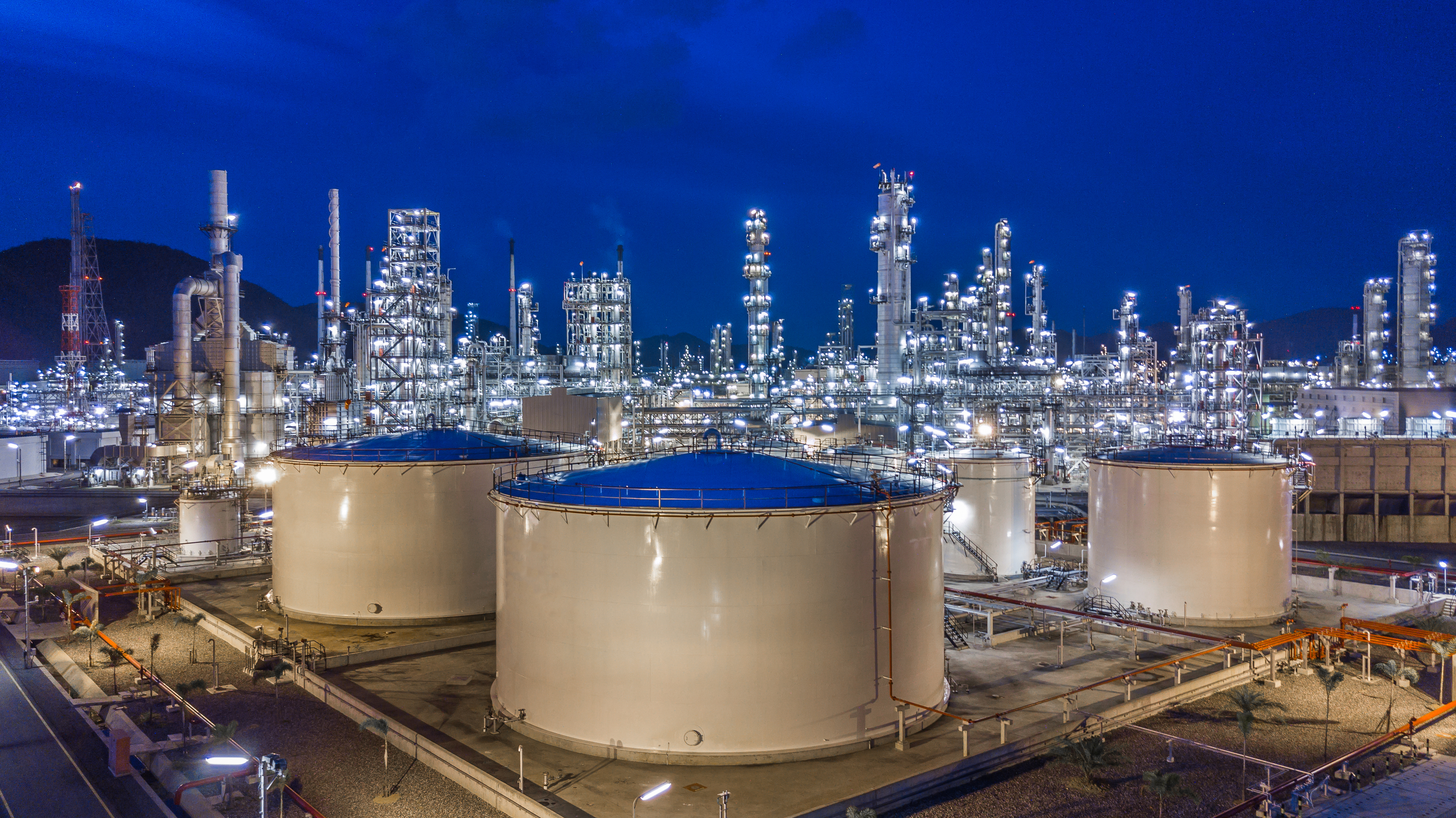 The vision and leadership of our dedicated group of
officers enables GTL Americas to position itself
as a clean fuel industry leader. 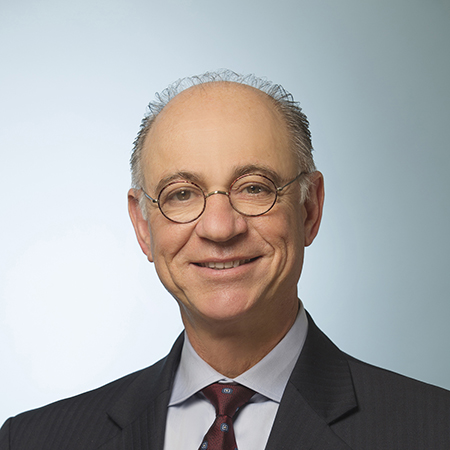 Mr. Codron is an entrepreneur and business leader with documented successes in producing strong financial performance, strategic positioning, and focusing and motivating organizations. He has led negotiations globally and maintains key relationships within host governments and industry. Mr. Codron is a builder and manager of multinational, world-class executive teams and work forces.

As President of ARCO Indonesia, ARCO’s largest overseas subsidiary, he led the commercial negotiations and exploration phase of massive 24 Tcf Tangguh Project, the second largest (after Alaska) discovery in ARCO’s history. In addition, he was responsible for strategic planning to achieve financial and growth targets and developing the technical, managerial, and professional skills of a multiethnic/international workforce.

In 2000, Mr. Codron assumed the role of CEO & Director of Singapore Petroleum Company (“SPC”), where he repositioned this publicly listed refining and marketing company into an integrated oil and gas company. SPC achieved its third best operating results since listing when Mr. Codron returned the company to profitability in two years, despite a sharp downturn in the Asian downstream sector.

He has also successfully started a supply and logistics company and an oil lubrication distribution business in Angola in 2004.

Mr. Codron served in the position of CEO for Asia Pacific Exploration Consolidated (2006-2010), an oil and gas exploration company funded by private equity and focused on Southeast Asia. 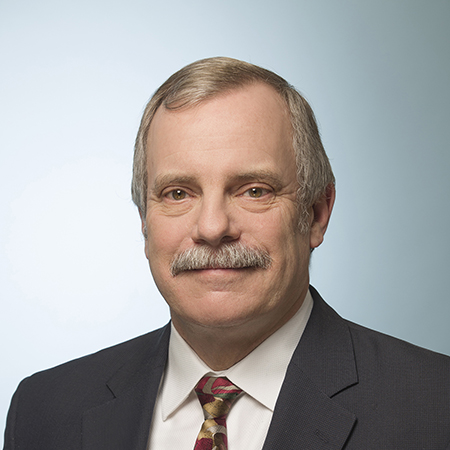 Most recently, he was Sr. Vice President, Chief Technology Officer, and Business Development Manager of Syntroleum Corporation (2000-2014) developing proprietary improvements to Fisher-Tropsch technology. He was responsible for forming Dynamic Fuels, a joint venture between Syntroleum and Tyson Foods, which built a $150 million facility to process animal fats, greases and vegetable oils into diesel using Syntroleum’s technologies.

Prior to Syntroleum, Mr. Bigger was Technology Manager and Facility Engineering Manager of ARCO (1978-2000), rising through the ranks and achieving a sterling track record of delivering process engineering solutions and constructing new facilities safely, on time and on budget.

From 1997-2000, he founded and led ARCO’s GTL team; designing, constructing and operating a world- class GTL technology demonstration facility to prove the technology. 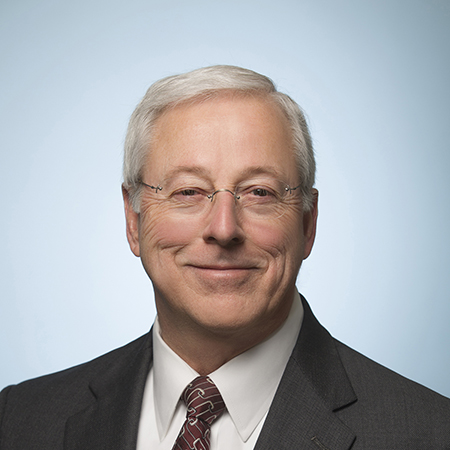 Mr. Roberts has over 40 years of experience in the upstream, mid-stream and down-stream petroleum industry. He is an experienced energy executive serving with companies ranging from project development ventures to Fortune 200 companies. Mr. Roberts has a particularly successful track record in establishing, reorganizing and directing start-up organizations, in both domestic and international locations. He has over 20 years of management experience in alternative energy technology and project development, including Fischer-Tropsch and related technologies for GTL, CTL and BTL projects worldwide.

Most recently, Mr. Roberts was President and General Manager of ENVIA Energy, a gas-to-liquids JV including Waste Management, NRG and Velocys that developed and operated the world’s first commercial GTL renewable fuels plant using landfill gas as feedstock. Mr. Roberts led the Velocys team in the JV negotiations and formation of the company and was on the Board of Directors of ENVIA representing Velocys for 4 years prior to being appointed as Chief Financial Officer then President of ENVIA. Mr. Roberts also served as Sr. Director of Business Development and Operations Services for Velocys prior to this period.

Additional executive positions held by Mr. Roberts includes Executive VP/CFO and co-founder of Australian American Energy, LLC a coal-to-liquids development with the Crow Tribe of Montana. He also spent 10 years with Syntroleum, a GTL technology provider, as Sr. Vice President Business Development working with developers in 35 countries. Mr. Roberts also served as interim CFO during a reorganization of Syntroleum. Mr. Roberts overseas assignments included Deputy General Director/CFO for the Caspian Pipeline Consortium in Moscow, Russia during the development phase of this $1.5 billion JV with ten international oil companies and the countries of Russia, Kazakhstan and Oman.

Earlier in his career, Mr. Roberts served 12 years with ARCO Oil and Gas Company where he held various management positions in the areas of finance and strategic planning, including Manager Investment Analysis for the Exploration Division in Dallas and Finance/Planning Manager for ARCO’s Southern District in Houston. Mr. Roberts early career included petrochemical construction project management and also served as Administration/HR Manager for a Kuwaiti-US petrochemical construction JV headquartered in Kuwait City.

Mr. Roberts’ broad technical and financial background in executive management positions enables him to tackle complex commercial issues and formulate creative solutions quickly from a variety of perspectives. Mr. Roberts holds a BS in Mechanical Engineering and an MBA in Finance/Strategic Planning from the University of Texas. 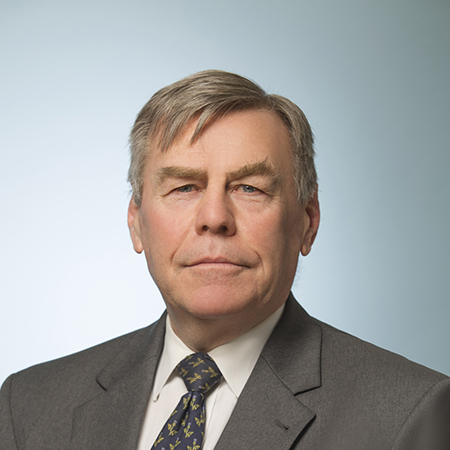 Mr. Ian Hogg brings more than 30 years of experience as a senior finance and accounting professional in the oil and gas industry. His career has focused on major project completions and international operations for a variety of both publicly held and private companies.

Mr. Hogg began his oil and gas career with ARCO (1987-2000) where he held roles in both the internal Audit and the International Divisions, becoming the Regional Finance Manager, West Africa. More recently (2005-2008), he held both finance and administration responsibilities for Woodside Energy’s offshore project in Mauritania (a $2.2 billion investment); a controllership role for a private equity-backed offshore operation in Indonesia and from 2013-2016 held audit and governance oversight responsibilities for InterOil Corporation, as they re-focused their strategic plans and operations following the world-class Elk-Antelope gas discovery in Papua New Guinea.

Mr. Hogg is a Chartered Accountant and has a degree in Accounting & Financial Administration from the University of Sheffield, England. 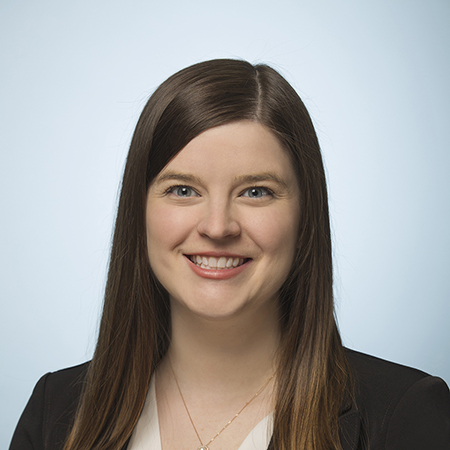 Beth Williams serves as Director of Human Resources for GTLA. She brings a variety of experience in recruiting, payroll, office management, teaching, public relations, and budget management to the table.

Most recently, she served as Chief Operations Officer and Director of Contracts and Compliance for Wesley K. Clark & Associates, an international consulting firm in Little Rock, AR. During her tenure at Wesley K. Clark and Associates, she successfully decreased expenditures and oversaw the closing of an existing pension plan and the implementation of a new 401K plan.

Prior to her time at Wesley K. Clark and Associates, Beth used her passion for education to serve as a Corp Member for the AmeriCorps program, Teach for America in the Mississippi Delta region. She worked as a classroom teacher in Stuttgart, Arkansas raising test scores, chairing several committees, and earning a nomination for the Sue Lehman award for excellence in teaching.

Ms. Williams holds a Bachelor of Fine Arts in Communications, with concentrations in Professional Communication and Public Relations from Quincy University in Quincy, IL.