The heart of the technology is the Fischer-Tropsch (FT) process, developed originally in the 1920s, deployed at commercial scale during WWII to convert coal into liquid fuels, and then perfected at large commercial scale in South Africa beginning in the 1950s. 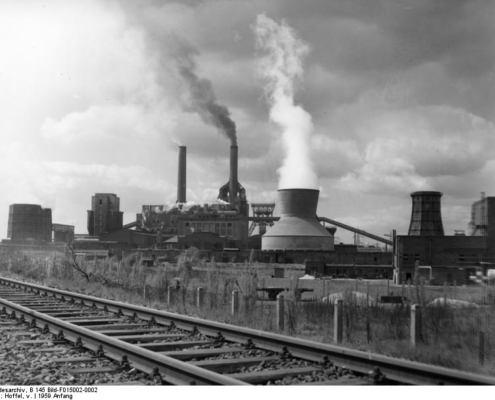 “The Technology of Synthetic Fuels”

“There is nothing new in the basic technology of synthetic fuel manufacture, which is based on 1920s German Fischer-Tropsch chemistry. The heart of the technology is the Fischer-Tropsch (FT) process, developed originally in the 1920s, deployed on a commercial scale during the 1930s to convert coal into liquid fuels, and then perfected at large commercial scale in South Africa beginning in the 1950s.”

“During the Second World War, Germany built a great many synthetic fuel plants to power its war machine, which had limited access to natural crude oil. Unable to secure the Soviet Caspian oilfields, and with the Rumanian Ploesti oilfields subjected to ongoing air raids, starting with the massive ‘Tidal Wave’ operation, Germany had no choice than to use its most readily available carbon-based fuel, which was coal. With rich coal deposits in Germany, and occupied Poland and Bohemia, a respectable number of large synthetic fuel plants were rapidly constructed [Becker et al, 1981], [Stranges, 2004], [Ludmer, 1946].”

“No differently, during the Apartheid era, South Africa’s SASOL produced synthetic fuels to maintain the nation’s economy and military. The long-running embargo by Western nations simply compelled the Apartheid regime to improvise, and the result today is that SASOL is a major player in the global synfuels industry.”

There are a number of processes via which synthetic fuels can be produced from coal, oil shales or natural gas. Each has unique advantages and disadvantages.

Below is an illustrated timeline demonstrating the commercial-scale development of F-T facilities around the world from circa 1900, until present day.

GTL technology is based on (i) converting natural gas into synthetic gas (“syngas”) consisting of hydrogen and carbon monoxide, (ii) processing the syngas over a catalyst in a Fischer-Tropsch (“FT”) reactor to create a mixture of gaseous and liquid hydrocarbons, with a large fraction of heavy paraffinic waxy compounds and a smaller fraction of light hydrocarbons (“synfuels”), and (iii) upgrading the synfuels into finished diesel, motor gasoline, jet fuel(s) and other high-quality FT products. 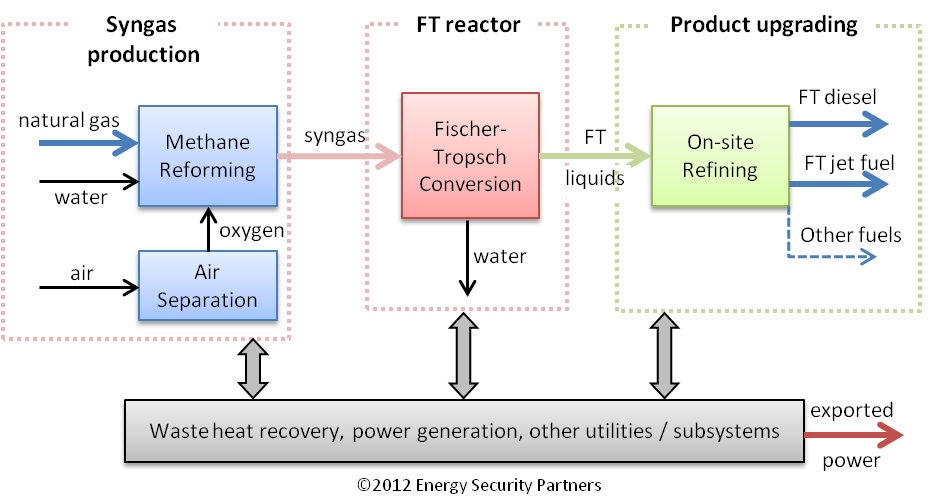 The GTL market will be partially driven by the search for alternative fuels that can minimize environmental impacts but that are also capable of being used directly or blended with conventional fuels without any loss to fuel economy or engine performance in existing gasoline, diesel and jet fuel engines. The GTL process produces a high cetane synthetic fuel that is clean burning with lower emissions of regulated pollutants like nitrogen oxides, sulfur oxides, and particulate matter when compared to conventional petroleum-derived diesel fuel. The higher cetane number of GTL diesel also increases performance, reduces “knocks,” and minimizes engine wear and tear (see table below). In fact, GTL high cetane synthetic fuel is virtually sulfur-free.